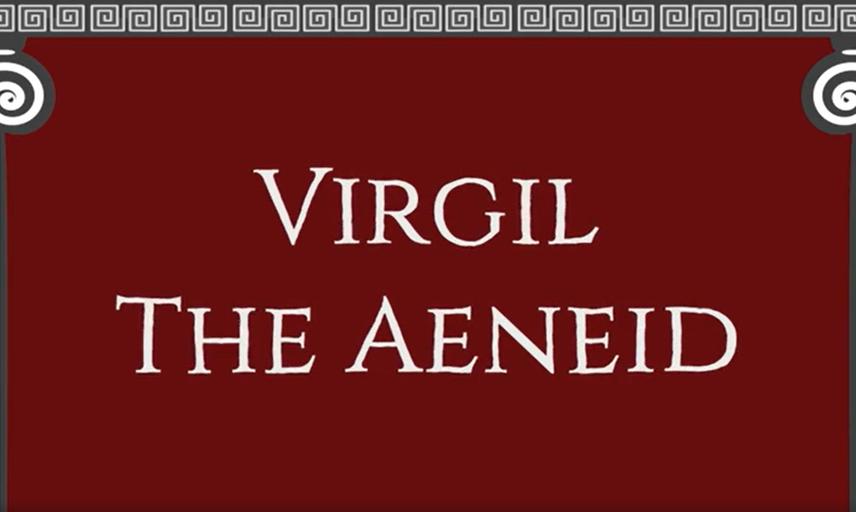 The Aeneid is the story of Aeneas, a hero from Troy, a great prince, warrior, leader of men. 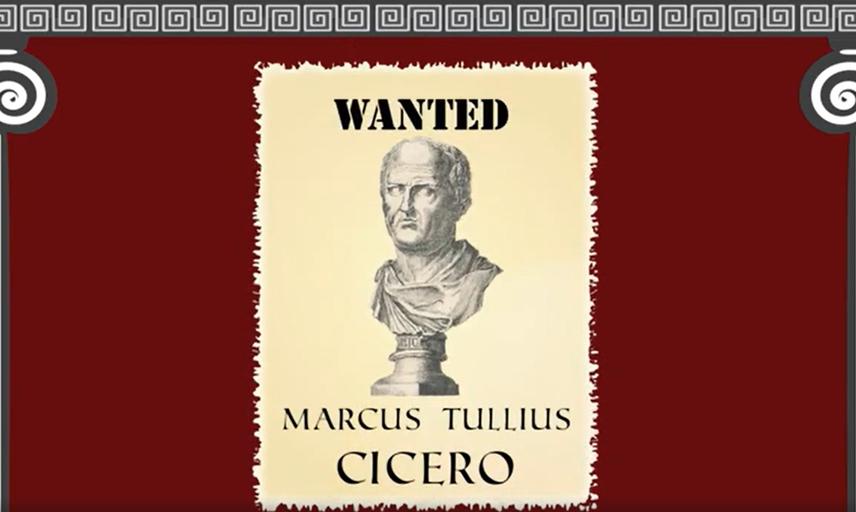 Cicero is one of antiquity's best-known orators, philosophers, and statesmen. Find out about how his life brought him to the pinnacle of power and fame in one of Rome's most turbulent times. 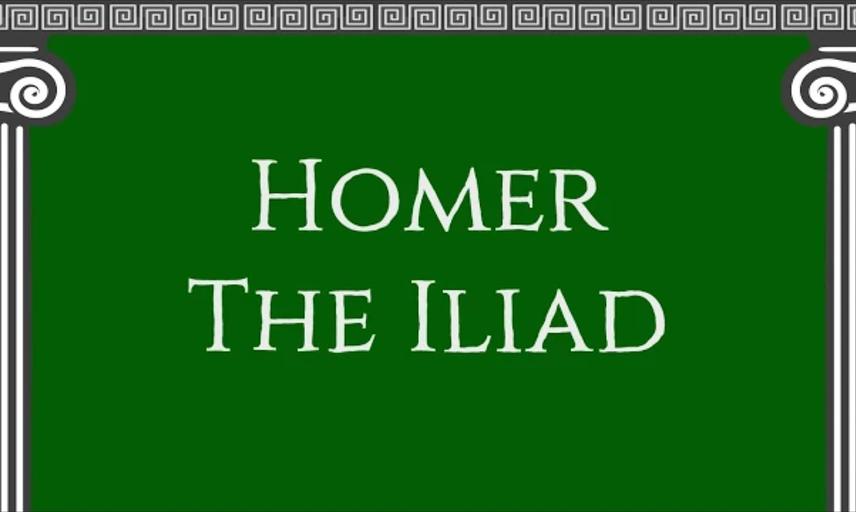 The Iliad tells one part of the story of Ilium, another name for Troy, the city on the Hellespont which was besieged by a Greek army for 10 years before being destroyed by the wooden horse and the warriors hidden within it. 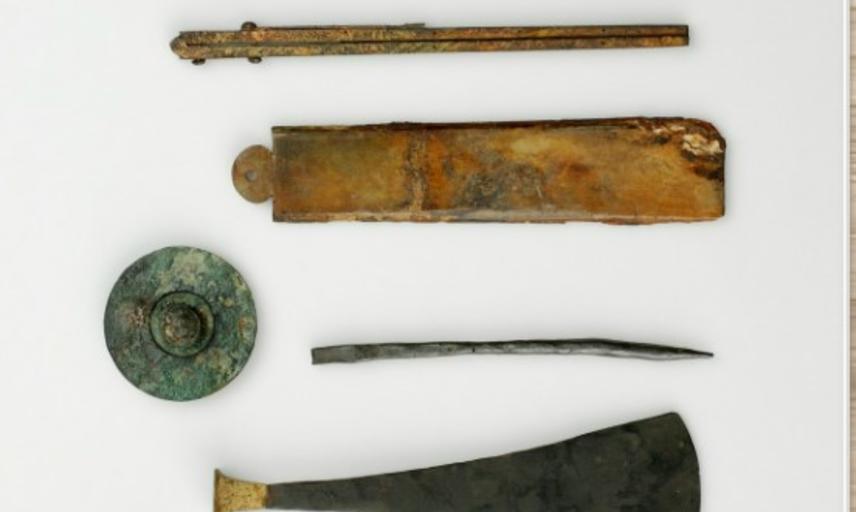 Anna Willi, LatinNow post-doc, has published her eBook on Roman writing equipment, which is volume 2 of LatinNow’s Manual of Roman Everyday Writing (Volume 1 by Alan Bowman and me will be out later this year). It’s a lavishly illustrated guide to writing equipment and why we should care about it. It’s open access and can be enjoyed in all its interactive glory here: http://bit.ly/MERW2 Led by University of Nottingham.

These images of archaeological sites, with buildings and art, cover the areas of the former Roman empire which later came under Islamic rule, such as Syro-Palestine/the Levant, Arabia, Egypt, North Africa and Spain. The chronological range is from Alexander the Great (i.e., from about 300 BC) through, the Islamic period to the present. It is the first website of its kind providing such material labelled jointly in both Arabic and English. 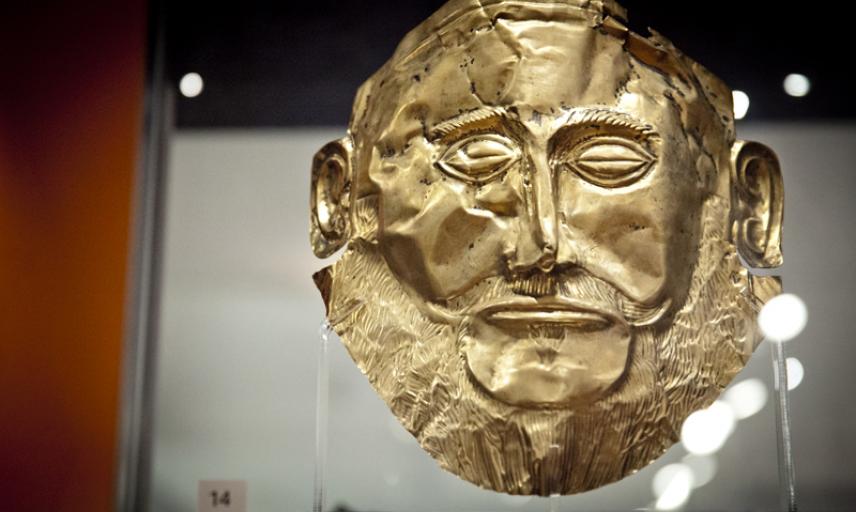 Engage with debates and ideas that go beyond what is covered in the classroom. Big questions tackle complex ideas across a wide range of subjects and draw on the latest research undertaken at Oxford. Oxplore aims to realise aspirations, promote broader thinking and stimulate intellectual curiosity. 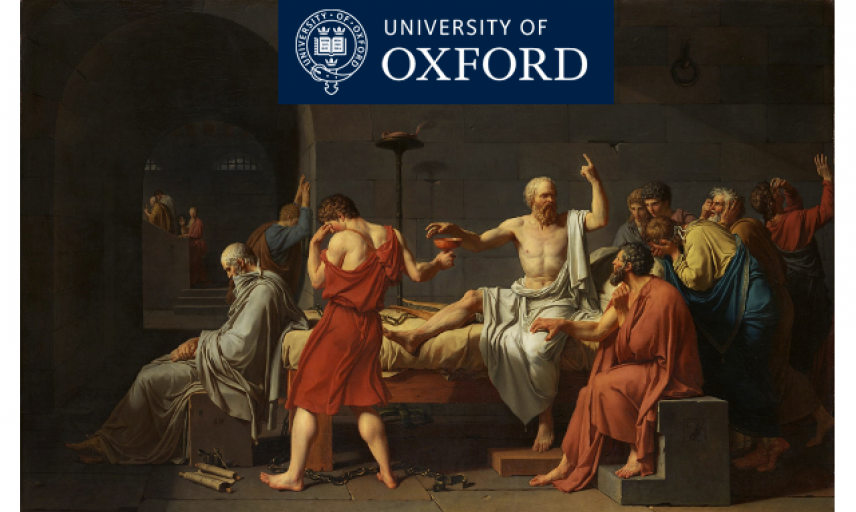 Hear Oxford lecturers on topics from 'Decoding Ancient Texts in the Digital Age' to 'Helen of Troy – myth or reality?' 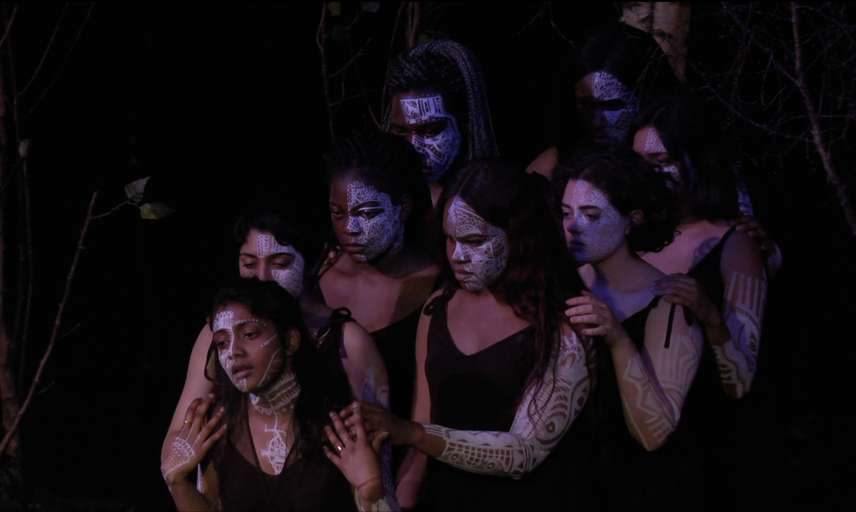 In May 2018 the Oxford University BAME Drama Society performed a modern adaptation of Euripides' tragedy Medea with an all BAME cast and crew. View the footage of the play as well as interviews with the cast and crew! 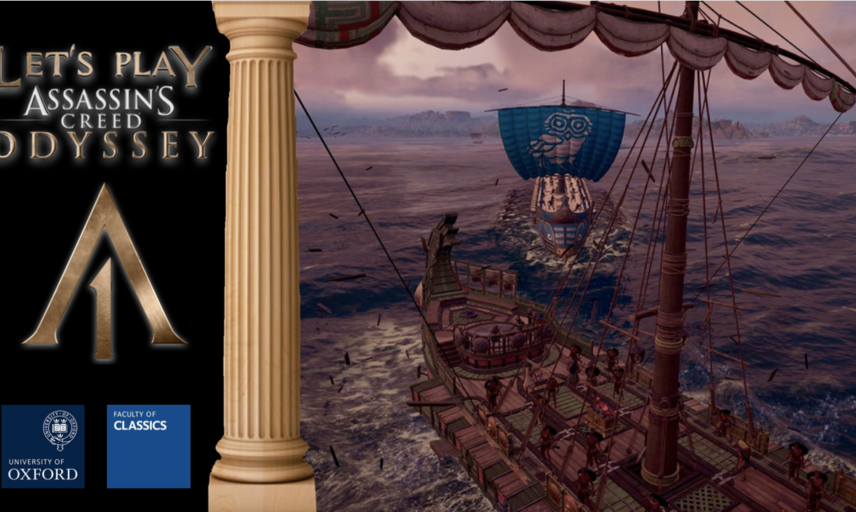 Check out the 5 new episodes of our Assassin’s Creed Odyssey Let’s Play series with University of Oxford academics and students! 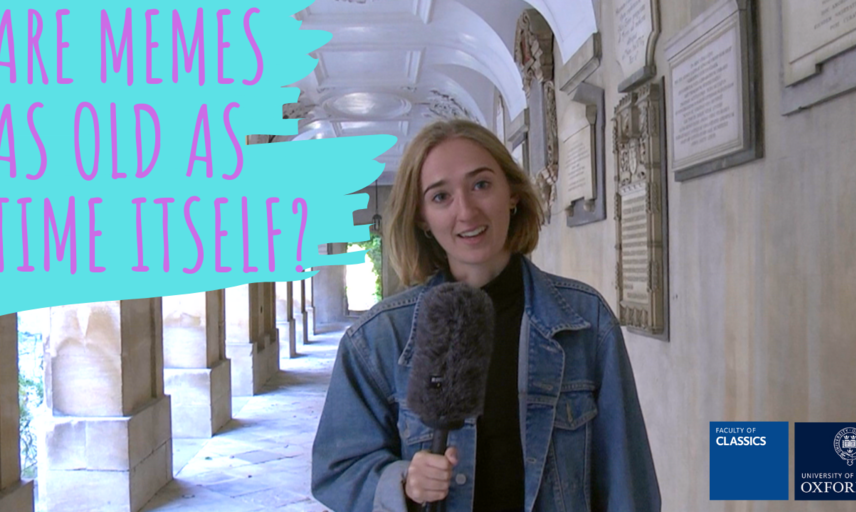 Join Oxford Classics on a journey discovering the hilarious world of ancient comedy and politics! 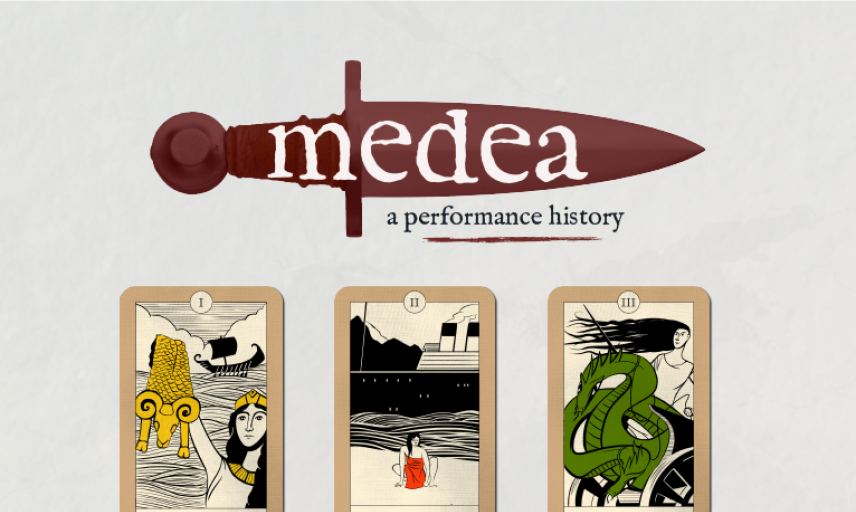 Medea, a performance history is a multimedia/interactive ebook about the production history of Euripides’ Medea – an ancient Greek tragedy about a mother who, betrayed by her husband, exacts revenge by killing her children. First performed nearly 2,500 years ago, and continually reinvented since, Medea remains the most controversial yet alluring female role in the history of theatre worldwide. 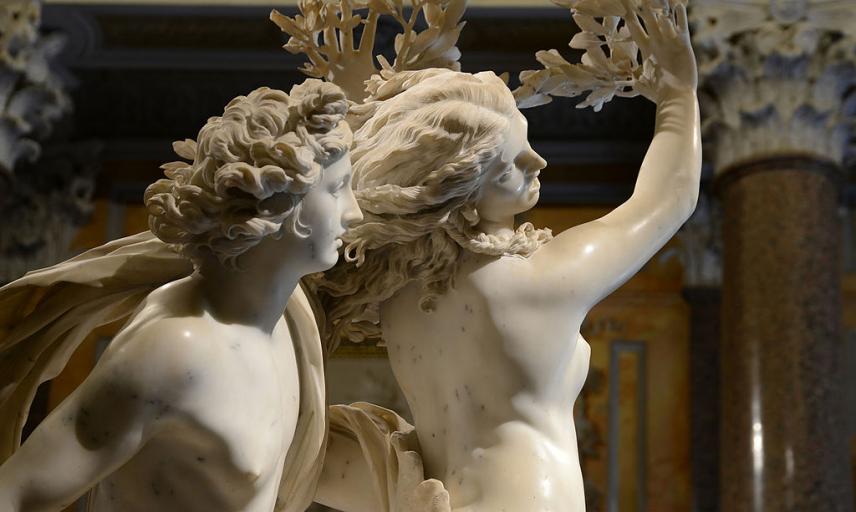 What does the myth of Narcissus have to do with Instagram? What does a Roman New Year's Party look like? Why did 12th Century Monks have a copy of Ovid's 'Art of Love'?

Check out the Empires of Faith blog from their Ashmolean exhinition 'Imagining the Divine' - starting with helping us to understand art in religion. 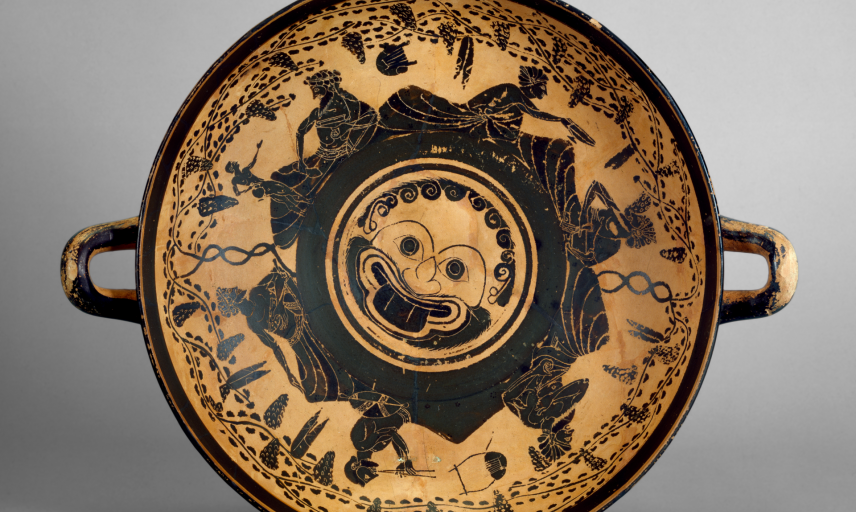 Panoply animations are created from the actual scenes which decorate ancient Greek vases. Check out this one, developed using a cup from the Ashmolean Museum. 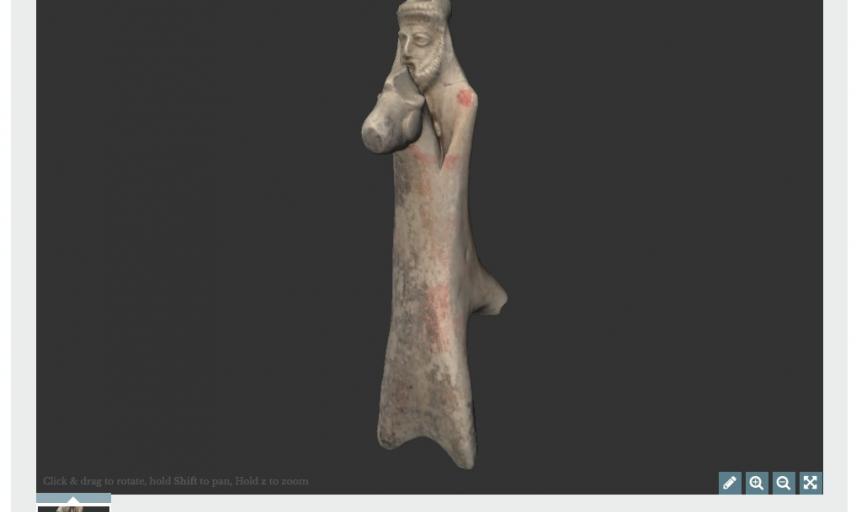 Explore full-colour 3D models of objects, ranging from minute artefacts a few centimetres across to entire monuments from the Oxford landscape.