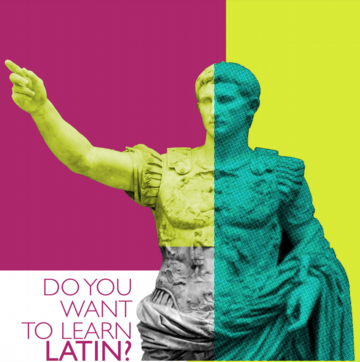 The OxLAT Scheme is for enthusiastic and committed students in Years 8, 9 & 10 who are interested in studying for a GCSE in Latin but attend state schools where there is no Latin provision.

Weekly two-hour lessons take place every Saturday morning during school term-time here at the Faculty and are taught by two professional Latin instructors from the Faculty of Classics.

The academic programme of the scheme replicates the teaching students would experience were they taking the subject as a GCSE option at school (albeit in a reduced timetable and with greater focus on independent learning): students are expected to consolidate their classroom learning with appropriate study-time at home each week, aided by the Scheme’s VLE system. Homework will be roughly the same as one would expect for any GCSE subject.

If you have any questions or queries please contact Emma, the OxLAT Scheme Co-ordinator at oxlat@classics.ox.ac.uk

New cohorts start every other year.

Applications will next be open in Spring 2024.

All students who complete Latin GCSE via OxLAT have the opportunity to move on to the OxLAT Extension Programme in Classics and the Ancient World, which is run by Trinity College.  In six study days and two one-week summer schools over two years, Extension Programme students can encounter the full range of advanced study in Classics and the Ancient World, including literature, ancient history, archaeology, philosophy and reception studies alongside an intensive introduction to ancient Greek and the opportunity to maintain and extend their knowledge of Latin.

Why bother learning a ‘dead’ language?

Latin was originally spoken by people in the area around Rome, known as Latium. As the Roman Republic and then the Roman Empire expanded its control Latin became the common language of the Western part of Europe and the Mediterranean region. When the centralised power of Rome decreased in the fourth and fifth centries AD the Latin-speaking world fragmented into several independent states, and Latin gradually evolved into multiple modern languages, such as Catalan, French, Italian, Portuguese, Romanian, Romansh, Spanish, and other Romance languages, which are its descendants. There are also many Latin derivatives in English (as well as a few in German, Dutch, Norwegian, Danish, and Swedish) and Latin derivations are commonly used in the sciences (such as botany, zoology, physics, biology, and chemistry), technology, medicine, and law.

So in many ways Latin is not a dead language and learning it can bring multiple benefits:

What Does A Latin GCSE Consist Of?

Latin GCSE is different to other language options you might take at GCSE. The aim is not to learn to speak the languauge in the same way you might for French, German, or Spanish (although we do practice speaking Latin aloud), but to be able to read Latin texts and analyse them in ways similar to what you do in English literature at school, and to learn more about the culture and history of Ancient Rome. There is no oral speaking exam: assessment is entirely via written examination.

This written examination is comprised of three parts:

For the Verse Literature component we will be reading and analysing extracts from the Aeneid by the Roman poet Virgil.

For the Prose Literature component we will be reading and analysing extracts from several Latin texts. From stories of magical transformations and interactions with ancient witches in the only complete Roman novel to survive to the present day (Apuleius' Metamorphoses), to guidance from a 1st century BC politician on how to be a good person and avoid becoming personae non gratae (individuals who are considered personally unacceptable or unwelcome) (Cicero’s De Officiis).

For both the prose and verse literature we will select, analyse and evaluate evidence to draw informed conclusions from the literature studied to:

More information can be found on the OCR website: www.ocr.org.uk/qualifications/gcse/latin-j282-from-2016/

"During my time at state school, I participated in the OxLAT GCSE Latin scheme which is organised by the Oxford Classics Faculty, and this is what developed my initial interest in the Latin language into a desire to study for a degree in Classics." Anna - studies Classics 2A at Oxford