In Summer 2021, we interviewed current students, staff members and alumni for the Regional Classics podcast, which captures the experiences and perspectives of Oxford Classicists, past and present, from regional areas that have traditionally been underrepresented within the Faculty: namely, the North and South-West of England, the Midlands, Northern Ireland, Scotland, and Wales.

Many of these areas have also been identified as experiencing ‘Classics poverty’ – that is, a lack of access to Classical subjects in schools. We want to help to change this and show that if you want to study the ancient world (any aspect – politics, history, art, science, culture, literature and much more), you don’t need to have a ‘certain type’ of background. Oxford offers a range of courses many of which do not require prior study of the ancient world and certainly not ancient languages! 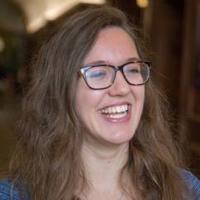 Katrina Kelly, the host of this podcast, studied Classics (Course IA) at Magdalen College from 2015-19 after being home-educated in Lytham St Annes on the Lancashire coast. Now a research assistant at the Faculty, she hopes to help make Oxford Classics an ever more accessible, inclusive and exciting place to study and work. Katrina is also the Education Co-ordinator and Branches Officer for the Classical Association.

In this episode, we talk about what ‘Classics’ really means and its place in the twenty-first century; we discuss Greek vases, ‘Irish modesty’, provincial art, the Sogdians; and we discover just how many ancient languages Jenyth is learning, which literature (both modern and ancient) Sarah recommends, and whether Peter thinks Classics needs to be made more appealing. We also highlight the particular barriers that Northern Irish students may face – and how to overcome them! 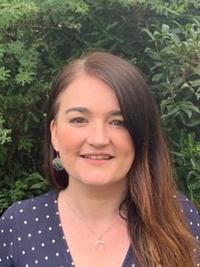 Dr Sarah Cullinan Herring read for a BA and an MSt in Classics at Oriel College, and a DPhil at University College which she completed in 2012.  She was a lecturer in Ancient Greek literature at Balliol and Trinity Colleges before moving to Winchester College where she was Head of Classics for several years, during which time she became a qualified teacher. Her research interests are in epic and Greek lyric poetry. She is currently preparing a book for publication by OUP entitled The Mirror and the Lyre: song performance and poetic authority in Greek literature. 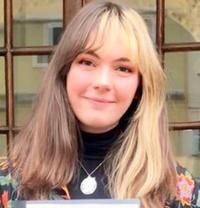 Jenyth Evans, having never had the opportunity to study Classics or ancient languages at school, came from Northern Ireland in 2015 to study Classics for her undergraduate degree at Jesus College, Oxford. During that time, she picked up Greek, Latin and Irish, and studied the reception of Vergil in medieval Ireland for her dissertation. She enjoyed studying the medieval period so much she stayed on for a Masters in Medieval Studies at Jesus College, learning Welsh through the course and graduating in 2020. Jenyth is now studying for a doctorate at St Edmund Hall, researching pseudo-histories - that is, histories largely or wholly made up by medieval authors - which were written in medieval Ireland, England, and Wales. 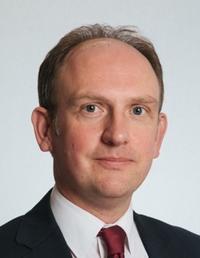 Professor Peter Stewart was born and brought up in Belfast, before reading Classics at Cambridge University. He taught at Cambridge and Reading universities, and at the Courtauld Institute of Art in London, before moving to Oxford in 2011. He is a specialist in Roman art with a particular interest in the relationship between art traditions in different parts of the ancient world.

The Classical Association in Northern Ireland

(Each Oxford college is linked to a number of local authorities and each school is given a named contact within the University):

In this episode, we talk about the Classics Admissions Test, growing up in Fife, Bill’s double-life as a French teacher, Jess’ work with the Clydeside Project, things that get into a ‘fankle’ (Arlene explains all!), and how we’d love for more teachers to teach Classics in Scotland! 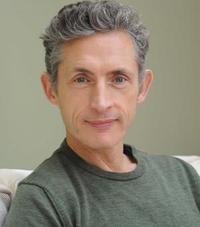 Professor Bill Allan grew up in Bowhill, a former coal-mining village in Fife, Scotland. Thanks to the dedication and support of teachers at Denend Primary School and Glenrothes High School, he became the first person in his family to attend university. He studied Classics and Gaelic at Edinburgh University and taught at Harvard University before coming to University College, Oxford. He is particularly interested in the literature and intellectual history of archaic and classical Greece. 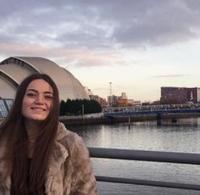 Jessica Curry studies Classics (Course IB) at St. Hugh's College and is currently in her final year. Previous to this she studied at St. Columba's School in Inverclyde where she first fell in love with all things Classical via the Percy Jackson novels. A past committee member of the Oxford University Classics Society, she started rowing as a beginner in Fresher's Week and has volunteered with the Clydeside Project, a student organization that gives support and mentoring to Scottish Oxbridge applicants. 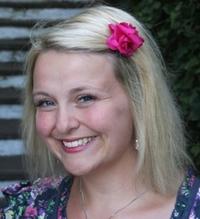 Originally from Lanarkshire, Dr Arlene Holmes-Henderson studied Classics (IB) at St. Hilda’s College Oxford before completing further degrees at Harvard, Cambridge and Glasgow. A qualified school teacher, she taught Latin, Greek and Classical Studies to teenagers full-time while completing her doctorate in Classics education part-time. Since 2014, she has led the Classics in Communities project at the University of Oxford which investigates what impact the study of Classical languages has on children’s cognitive development. Arlene is an expert on the role of Classics in the curriculum and assessment systems of both Scotland and England and, in her role as OPEN Policy Leader, she acts as an advisor to both governments on education.

PGDE - the Professional Graduate Diploma in Education, a teaching qualification

The Classical Association of Scotland and their schools network

In this episode, we discover what links Virgil to Devon, why Classics is relevant today, Justin’s love for languages and Rebecca’s love for plants, which transferable skills Classics gives you, and why, in Molly’s view, Classics and English is the best degree available in Oxford! 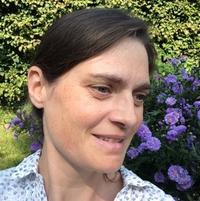 Dr Rebecca Armstrong grew up in North Devon and first came to Oxford to study Classics at Balliol College. She took up her current post at St Hilda’s in 2004. Her main research interests nowadays centre around ancient literary responses to the natural world, especially plants. Her students nobly tolerate her tendency to talk at length about beech trees. 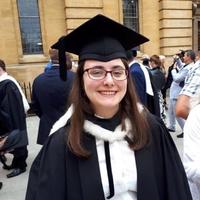 Molly Gibson-Mee studied for a BA in Classics and English (Course II) and an MSt in Greek and Latin Languages and Literature at Oriel College from 2015-20. Molly grew up in rural Devon and attended a state comprehensive school there before discovering Classics at an FE College. She is a successful YouTuber and currently works for Murray Edwards College at the University of Cambridge. 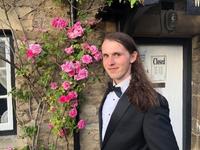 Justin Vyvyan-Jones followed his love for language and story from village state schools through to studying BA Classics (IIA) and German at St Hugh's College. Firmly rooted in the West Country, and proud of his roots in village primaries, rural state-comp, and state sixth-form college, he's seen how valuable committed teaching and effective outreach are to transforming young people's prospects, and how easy it is for negative stereotypes to deter them from giving Oxford a shot. Having thrown himself into the rich student life at Oxford, he's now gearing up for a year abroad in Germany, where he's been offered a placement translating medieval texts into English. Justin firmly believes in being an ambassador for inclusivity and accessibility in Oxford and beyond.

Bristol Classics For All hub

Find a Classical Association branch near you

In this episode, we talk about coming to Classics without any ancient languages; Bertie’s first love and how Classics took her into the world of Facebook; Alexander’s passion for history; Ellie’s research into Ancient Nubia; Classics outreach; and how the Midlands ISN’T the North!

Alexander Moore is currently a DPhil Ancient History student at Lady Margaret Hall. Originating from Burton-on-Trent in the Midlands, he completed his undergraduate degree at the University of Liverpool and Masters at the University of Birmingham before starting his DPhil at Oxford in 2020. His research focuses on the reported political, social, and military influence of Julius Caesar's veterans during the various and successive civil conflicts of the Late Roman Republic. He is eager to encourage anyone to engage with, and benefit from, the study of the ancient world. 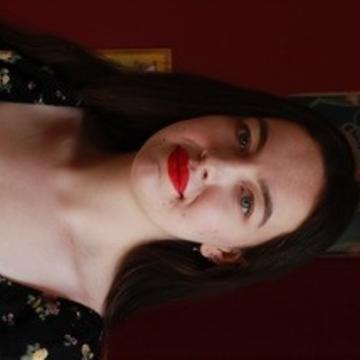 Eleanor Newman has been studying Classics related subjects since 2016 when she started her undergraduate degree at the University of Nottingham. She is currently studying for a DPhil in Classical Archaeology, which will focus on the intersection of race and gender in Hellenistic terracottas in an attempt to counteract the modern whitewashing of life in the ancient Mediterranean. In her spare time, Ellie can be found in her hometown of Nuneaton baking, pub quizzing, and hanging out with her pets. 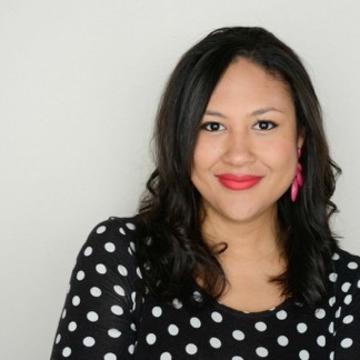 Roberta Thomson is an experienced communications leader with a background in finance who has worked in London, New York, Dallas and Silicon Valley. She currently leads Facebook's Product Communications team, which tells the story of how Facebook’s products improve people’s lives. For five years previously she led Facebook’s Corporate Communications team, including financial and media relations, creative, internal and data communications. Previously Roberta spent over seven years at critical issues and corporate relations agency Brunswick Group, where she advised on media relations, crisis and issues management, and over $150bn of M&A transactions. Roberta started her professional life as a chartered accountant with Deloitte in London, where she worked with clients across sectors on both statutory audits and Sarbanes-Oxley compliance. Prior to that she read Classics at Oxford, and spent her teenage years singing in a rock band.

Find a Classical Association branch near you